Social Media Experts Right? Why don’t you have a company website?

I recently started becoming more active with Twitter. I think to many people feel they are going to make loads of money selling their product or service on Twitter.

My personal belief about Twitter is that you keep a presence on the net along with other Social media venues. When someone decides to look for a product or service 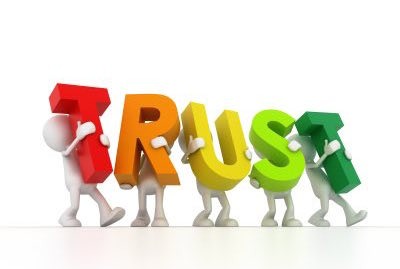 Do You Trust Your Social Media Company On Faith

they use the search engines, Google, Yahoo, Bing. Then if you have tweeted any useful information and the person searching for a product or service you sell and they remember reading something of value about your company, then your Twitter account became valuable.

But just sending out automated messages stating follow us on Facebook as if there company is so magnificent that they are asking for a favor without giving one in return.

I recently had a company Like one of my Facebook pages. They then sent me a request to like there’s. I did something I do not usually do and Liked the page without checking closely. A day later, I received a message through my Facebook page asking me to give an opinion on his new website.

The site had one page, that page linked to the MLM site that sold the latest greatest Elixir. I gave him my opinion and I knew he was trying to sell me product and sign me up. I told him that he had one page that was not titled properly or any SEO. I stated that his site went to a MLM site that he probably received a kickback from.

So I don’t think his con job worked. On top of that, the products were supposed to

be Organic and weight loss etc. The guy who was selling was about 40-50 pounds overweight.

I am a Fitness expert and have been a Personal Trainer for 30 plus years. You better do your homework before trying to sell me junk. I do not even debate with those people anymore.

Anyways I believe that there is too much hype about Social Media and is geared to sell another service due to the high cost of advertising. I do believe Social media has value, but by the techniques I have been seeing, companies are probably doing more harm than good. Just having a bunch of followers means nothing.

If you disagree, please feel free to leave a comment. I am always willing to learn something new about marketing and the internet.

LET US GIVE YOU A QUICK QUOTE! Click For A Free Quote!

Type and press Enter to search